Which batteries are best for solar? Lead Acid or Lithium?

If you’ve done any research on batteries for solar energy storage you understand that topic can get as heated as politics and religion. Just the other day I shared a post on my facebook page regarding solar generators and turns out, the very first comment started a huge solar battery debate.

Whether you’re going off-grid or looking for solar backup, finding the right type of battery for your solar energy storage is just as critical as sizing it correctly.

In this article we’ll compare the two main battery types used in off grid and solar backup systems: Lead Acid and Lithium Ion. We’ll compare their pros and cons, and share which battery is best in which type of situation.

LEAD-ACID is a tried-and-true technology that has been used in off grid energy systems for decades.  While they have a relatively shorter life span than lithiums, they are also 1/3 of the price tag.  They are heavy and bulky, and depending on the type, may require regular maintenance.  Overall, they’re a great battery for off-grid and backup systems.

LITHIUM is a lighter, more compact battery with a longer lifespan. They do have temperature limitations and are more expensive than their lead-acid counterparts.

Let’s go over the pros and cons of each option in more detail, and explain why you might choose one over the other for your system.

FLA batteries are the most common lead acid battery type and are widely used in the automotive industry. Until recent years, they have been the battery of choice for many off grid systems. The biggest upside to FLA batteries is the cost. They have the least cost per amp-hour vs. any other battery.
The downside however, is their need for regular maintenance. Although they are very reliable if maintained properly, maintenance could be quite time consuming if you have a large enough system. Failing to provide regular upkeep can shorten the life of the battery and void the warranty. Also, since FLA batteries aren’t sealed, they need to be installed in a ventilated enclosure to allow battery gases to escape.

Sealed Lead Acid batteries come in two types: AGM (Absorbent Glass Mat) and Gel. Both have similar characteristics, however, for this article we’ll focus on AGM batteries since they are more commonly used in solar applications.

Absorbent Glass Matt (AGM) battery is a type of lead acid battery in which the electrolyte is absorbed into a fiberglass mat and thus lowering it’s internal resistance. As a result, AGM batteries can handle higher temperatures and self-discharge more slowly than other types of batteries. This also makes them higher in efficiency (comparable to lithium batteries, which is around 95%, as compared to 80% or less for FLA batteries).

AGM batteries are self-contained so they don’t need to be refilled with water, like FLA’s. For that reason, they are a great choice for properties that aren’t occupied full-time, like an off-grid vacation cabin.

Other advantages of AGM batteries are that they can withstand a wide temperature range, are very cost effective, have a long life span (up to 10 years), and can be used safely without spilling or releasing toxic fumes.

In recent years, solar marketing has put so much focus on lithium batteries that to use anything else in your off grid system is to say that you know nothing about solar. This is certainly not true of AGM batteries. Overall, due to their wide range of advantages, they are a great option for off grid power systems.

Like FLA batteries, Lithium batteries come in a variety of technologies. The best technology for solar applications is Lithium Iron Phosphate (LiFePO4). This technology is safe, stable, and maintenance free for years. Lithium’s can also be put through deeper cycles than FLA or AGM batteries.

Lithium batteries are lightweight and compact, making them a great option for portable energy storage. Other advantages include: A long life cycle (3000-10,000 cycles) and higher charge and discharge efficiencies. It also looses less capacity when idle, which is useful for solar backup systems where energy is only used occasionally.

key factors to consider when choosing a solar battery

The life span of your solar battery is dependent on two things: Life cycle and age.

1. Life Cycle:  When you discharge a battery by using it’s power, and then charge it back up again, that is referred to as one charge cycle. The number of charge cycles your battery can handle before it begins to degrade is dependent on the type and quality of battery, as well as depth of discharge (see #2 Depth of Discharge).

2. Age of Battery: Your battery will degrade over time even if you’re not using it.

The battery life is determined by which of these two factors come first.  For example, if your battery is designed to last up to 10 years, the battery will last 10 years if it is not heavily cycled. However the same battery may only last one year if heavily cycled (see #2 Depth of Discharge).

Depending on the quality of battery, lead based batteries will last anywhere from 3-10 years of age. Compare that to lithiums which last 7-15 years.

(More information on battery life and capacity loss can be found here).

Depth of discharge refers to how much overall capacity is used before recharging the battery. For example, if you use half your battery’s capacity, the DoD would be 50%.

As you can see, if you are going to be cycling your batteries every single day at 100% DoD, then paying twice the cost of lithiums to get 10 times the battery storage would be worth it.  However, most off grid systems are sized big enough for a daily 15% DoD or less, unless there is an extended time without sun.

Many batteries have a recommended DoD.  Beyond that point, you risk negatively affecting their performance and lifespan. For off-grid systems, it’s important to size your battery bank based on useable battery storage which is determined by depth of discharge. For example, if your DoD recommends not going over 50% then you need to have twice the battery size as one that can handle 100% DoD.

(More about Depth of Discharge can be found here).

As an example, FLA batteries are only 80-85% efficient depending on the type and condition. That means, if you have 1,000 watt hours of solar coming into the batteries, only 800-850 watt hours are available after charging and discharging.

Lithium and AGM batteries are more than 95% efficient. Using the same example, you’d have over 950 watt hours of power available, as compared with the Flooded Lead Acid batteries.

Depending on the configuration of your system, higher efficiency could mean getting the same amount of energy use and storage in a smaller system, thus saving you more money in the long run.

There are two costs you need to consider when doing an off grid system: Upfront cost and long term cost. Many people are so focused on the upfront costs that they don’t think about any long term costs that can affect their decision of battery storage.

For example, let’s say you want to save money and design a minimal battery bank that only has enough power for sunny days, and use a gas generator as backup on cloudy days. For this scenario we will calculate upfront and long term costs for both an AGM and Lithium battery bank.

In this scenario, since our battery bank isn’t large enough to cover cloudy days, we will be cycling our batteries 80% DoD daily.  This means our Lithium Iron Phosphate will handle 15,000+ cycles, which equals 41 years, or more realistically, the life of the battery which is 15 years (due to ageing). This means the battery bank will need to be replaced once in 20 years.

Compare this with the AGM’s which will last 500 cycles at 80% DoD, which means they will only last 1 1/2 years. As a result, in 20 years you will need to replace your AGM battery bank 12 times to equal the same life span as the lithiums.

Our cost analysis for this example is running a system for 20 years.

As you can see from our example, even though the upfront cost of lithiums are 3 times the cost of AGM’s, the long term cost is much less making the Lithium batteries the cheaper option for this example (in most cases AGM’s are actually cheaper even in the long term).

Lithium VS. lead-acid: which is best?

This answer really depends on the application.

Due to the higher cost of lithium batteries, AGM is generally a better choice for your solar energy storage, unless you specifically need the unique benefits that lithiums provide.

Here are a few situations when lithium batteries may be a better option:

Below are some examples of various solar applications and the optimal battery for that situation. We also listed a cost analysis for each situation with a 20 year life span for the system.

Please keep in mind that these are examples, and that there are many factors that can affect the type and cost of a solar battery bank. 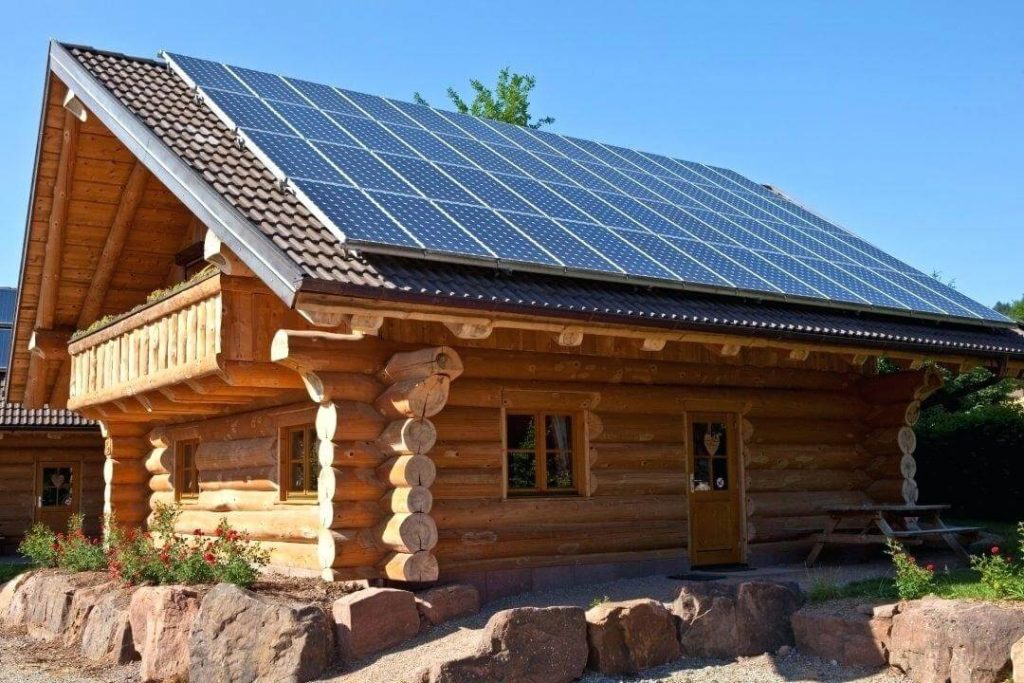 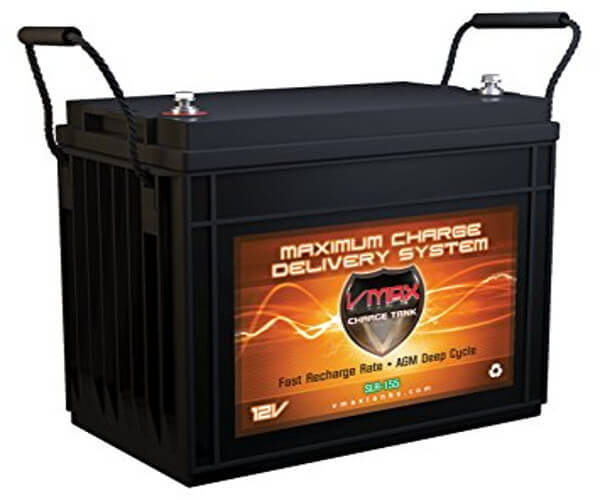 In this situation, Deep Cycle AGM’s are usually best because of cost. With a full time off grid residence you will want to have a large enough battery bank to store plenty of power for cloudy days. As a result, 90% of the time your batteries will have a very shallow DoD (15% or less), so the AGM batteries will last almost as long as your lithium batteries at a fraction of the cost. 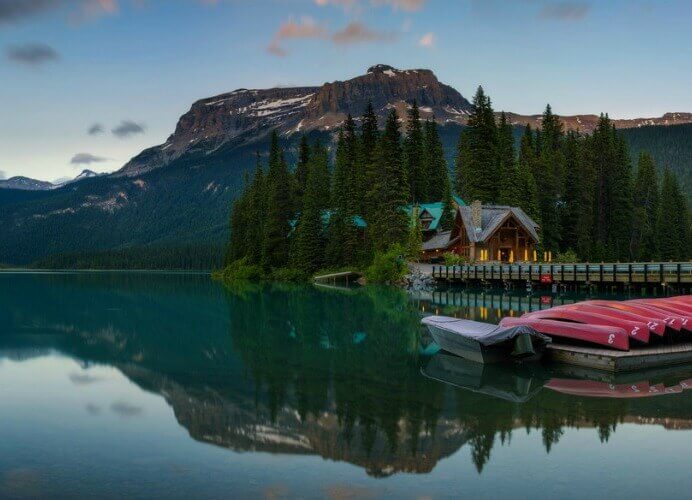 Deep Cycle AGM battery is most likely the best for this situation, due to cost, unless you don’t have the space for AGM batteries, OR, if you plan on having a smaller battery bank and have a backup generator to run on cloudy days. If that’s the case, then you may want to go with lithium batteries because they can handle daily deep discharges and are smaller in size compared with the same capacity of AGM batteries.

The best choice in this situation is AGM, mostly due to cost. Since it will only be used occasionally, they will last nearly as long as lithium batteries at a fraction of the cost. 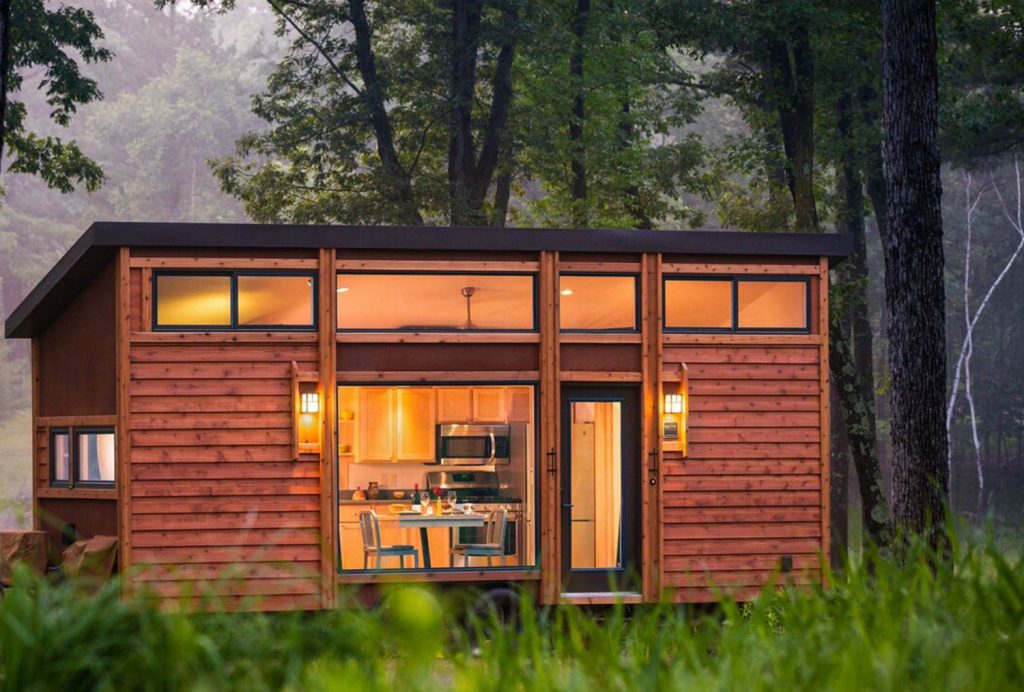 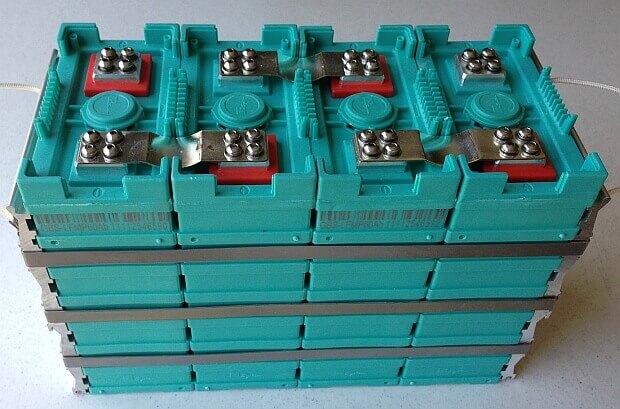 Due to space limitation in a tiny home and RV, lithium batteries would be the better option due to their lighter weight and smaller size. Also, if you don’t use your RV for many months at a time, the lithium batteries can stay charged longer without maintenance. 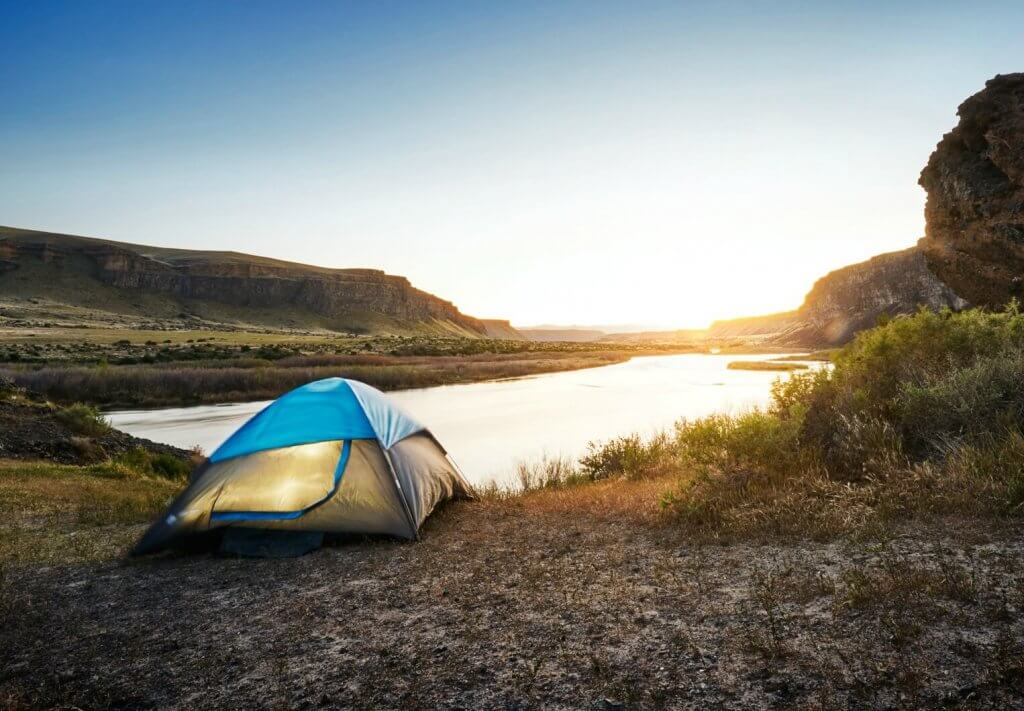 Lithium batteries would be best for a lightweight, portable system to take camping (as long as the weather is above freezing). If you plan on using your battery bank in freezing temperatures, opt for AGM batteries due to their ability to handle the colder temps.

7 thoughts on “Which batteries are best for solar? Lead acid or lithium?”